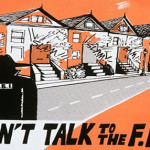 Ways You Can be Released from Custody 1. Bail 2. Bond 3. Released on your Own Recognizance (OR) 4. Charges Not Filed or Dropped Bailing vs. Bonding Example: a person is arrested and has their bail set at $10,000. -To post someone’s BAIL means you would go directly to the jail and post the bail … END_OF_DOCUMENT_TOKEN_TO_BE_REPLACED

OPD has been sending people letters telling them that they may be a witness to criminal activity and asking them to come in.  It appears that these letters are being sent to people who were arrested on January 28th but there may be more we aren’t aware of. It is our understanding that these letters … END_OF_DOCUMENT_TOKEN_TO_BE_REPLACED