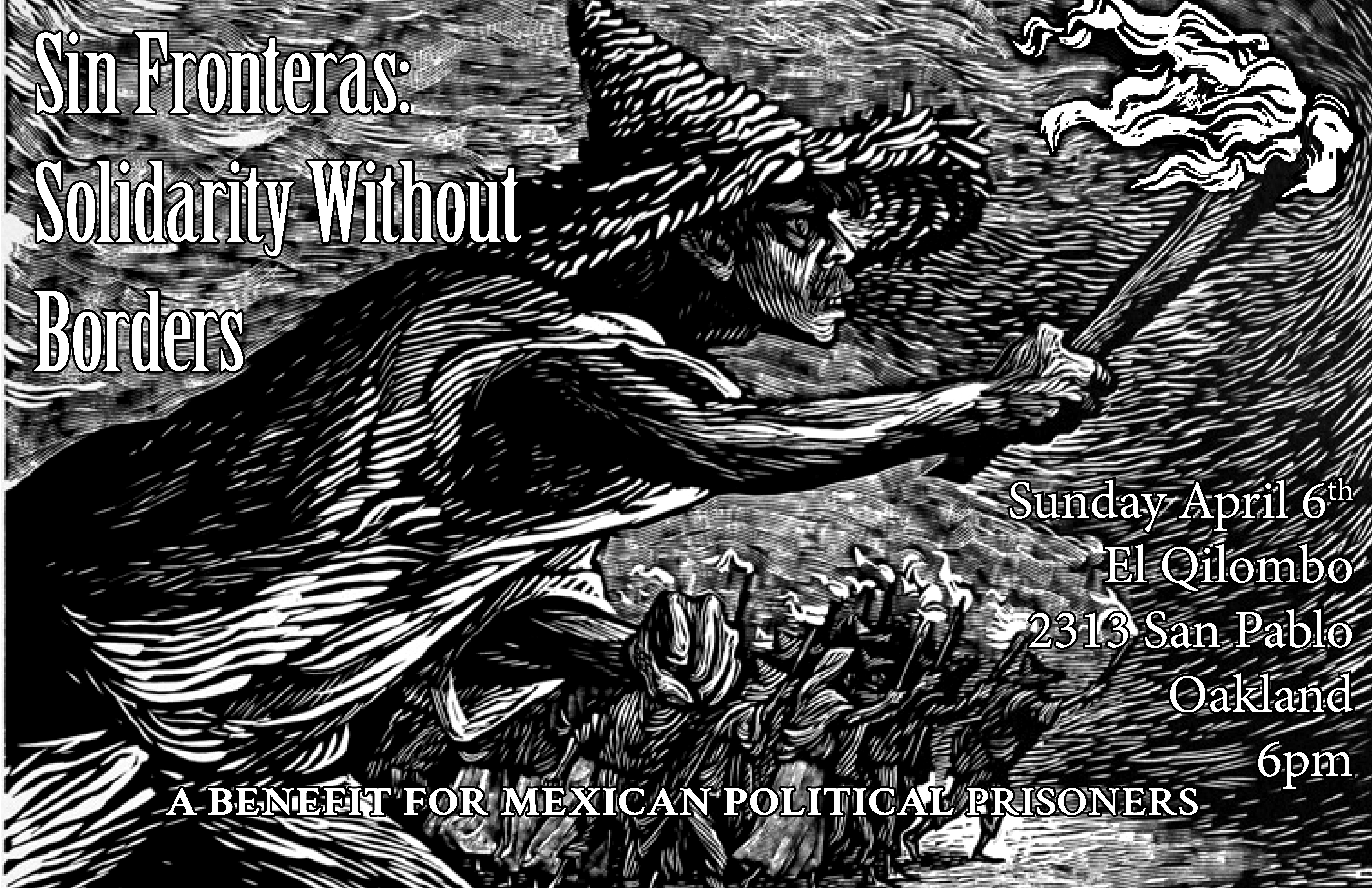 Funds from this event will be going to comrades arrested on October 2nd 2013 at a demonstration in Mexico City commemorating the 1968 state massacre of UNAM students.

In a time when state repression is heightening and ever growing networks of surveillance and infiltration seek to destroy resistance, solidarity becomes an important weapon against these tactics. Mexico has been a site of inspiring rebellion and resistance for decades and state repression has been especially brutal for those who stand up, so please come learn more and support!!

*We will be selling Tamales and Hot Chocolate!*

This event is co-hosted with YoSoy132 Bay Area (https://www.facebook.com/yosoy132)