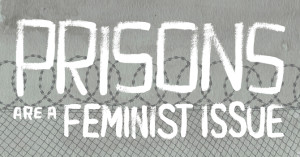 Today feminists strike and protest all over the world as part of a global effort to celebrate the radical origins of International Women’s Day and to reclaim feminism for militant, working-class, and POC women, queers, and trans people. As part of this effort, the Bay Area Anti Repression Committee wants to highlight the connections between patriarchy, state repression and political resistance. We also want to acknowledge women, queer, and trans political prisoners, emphasizing how the state’s repressive apparatus targets radical, poor and POC women, queer and trans people who dare to resist the status quo.

Patriarchy, capitalism and white supremacy impact our ability to survive. Those of us who are working-class, queer, POC and/or gender non-conforming often turn to state services for assistance. We are marginalized within the formal labor market and forced to rely on the state for unemployment benefits and general assistance to sustain ourselves. We also need subsidized health care in order to access hormones, abortions, birth control, and surgery.

But these services come at a cost.  They invite state regulations into our lives and provide new mechanisms with which it can punish us when we become unruly. In an instant, the “carrot” of state benefits can become the “stick” of incarceration, deportation, or family separation. During Occupy Oakland, we saw a mother active in the movement denied welfare benefits and targeted by Child Protective Services because of her activism. She fought to keep the state from taking away her children because social workers felt that her political involvement rendered her an unsuitable parent. In capitalist patriarchy, the work of mothering is the work of raising children to be “good citizens,” and rebellious mothers are a threat to the social order.

The situation is even more treacherous for those of us who are excluded from the protections of citizenship. It is getting more and more dangerous for undocumented women, queer and trans people to access the already meager U.S. social services system. Mothers will continue to be forced to make impossible choices: sign up for benefits and risk exposure to deportation? Or stay away and get by on next to nothing, risking family health and well-being?

Those who turn to the judicial system for protection against patriarchal violence find that the state is more interested in policing borders than protecting women from abuse. In Texas, an undocumented transwoman seeking protection from an abuser was arrested and detained by ICE in the middle of her hearing. In short: the state uses its massive surveillance system to monitor, harass, and deport undocumented people. This form of targeting has a profoundly chilling effect on political participation. Jails regularly share arrestee immigration status with ICE. In this context, the consequences of resistance are high: any kind of political participation that results in arrests could lead to deportation.

Incarceration is a feminist issue. Liberation cannot be achieved as long as prisons continue to exist. There are over 200,000 women incarcerated in the United States prison system today. The majority are imprisoned merely for being Black or Brown and poor, charged with nonviolent drug-related offenses, or even for calling the police about domestic violence. In California, over 150 female prisoners were sterilized without their consent between 2006 and 2010. This falls in line with the long history of the state exerting reproductive control over Black, Brown and Indigenous women through forced sterilizations in prison. Women prisoners face all types of gendered violence at the hands of the guards, and trans prisoners face the additional violence of transphobia at the hands of both inmates and guards. Trans people, particularly trans women, sent to a jail or prison that does not correspond with their gender identity are at greater risk of experiencing sexual and physical violence while imprisoned or being put in solitary confinement. In addition, women family members are usually the ones who bear the brunt of male imprisonment, doing the labor of supporting incarcerated loved ones and keeping their families together.

Some of these prisoners are women, trans, and queer militants serving time for participating in revolutionary movements. These revolutionaries, particularly those who use their position in prison to continue resisting, often become targets for gendered violence and torture while incarcerated. Pregnant political prisoners like Assata Shakur are denied necessary medical care, while trans people like Chelsea Manning and Marius Mason face transphobic violence.  These political prisoners are targeted with gendered tactics of repression intended to crush their revolutionary spirits.

Political prisoner solidarity work has been critical in securing freedom, and providing support for these prisoners.  This support work is largely done by women, a disproportionate number of whom are part of revolutionary lesbian and queer communities. The gendered nature of prisoner solidarity movements makes sense, because it has a lot in common with the caring labor that women perform within families: it’s about maintaining relationships between people, monitoring and advocating for prisoners’ health and well-being, and providing emotional and logistical support for the families of incarcerated people. Just like women have been largely responsible for keeping families together under the strain of capitalist exploitation, we have also assumed responsibility for keeping revolutionary communities functioning under the strain of repression.

On International Women’s Day, let’s remember to honor women, queer, and trans political prisoners. Let’s commit to supporting these prisoners, and to keeping each other safe from repression. Supporting political prisoners is a feminist issue, and must be part of any revolutionary feminist agenda. 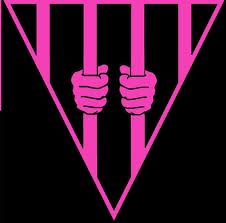 Resources on ways to support feminist and queer political prisoners:

Support Bo Brown, a former political prisoner who was part of the George Jackson Brigade, and has recently been diagnosed with an extremely debilitating disease called Lewy Body Dementia: https://www.youcaring.com/bo-brown-655777